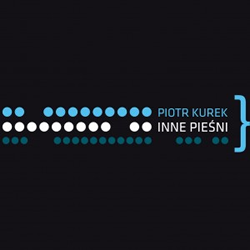 The album Inne Pieśni (Other Songs) consists of Piotr Kurek’s reinterpretation of songs recorded during the Songs of the Balkans Festival in 2008. The concert promoted by CICI CROSSROADS was held on November 26, 2008. The musical material of the album is based on fragments of Wallachian, Serbian and Albanian songs performed by Slobodan Marković from Slatina, Srbska Arhaika from Belgrade and Argjiro from Gjirokaster.

The premiere of the album took place during the Festival of Traditional and Avant-Garde Music CODES in Lublin on May 23, 2009.